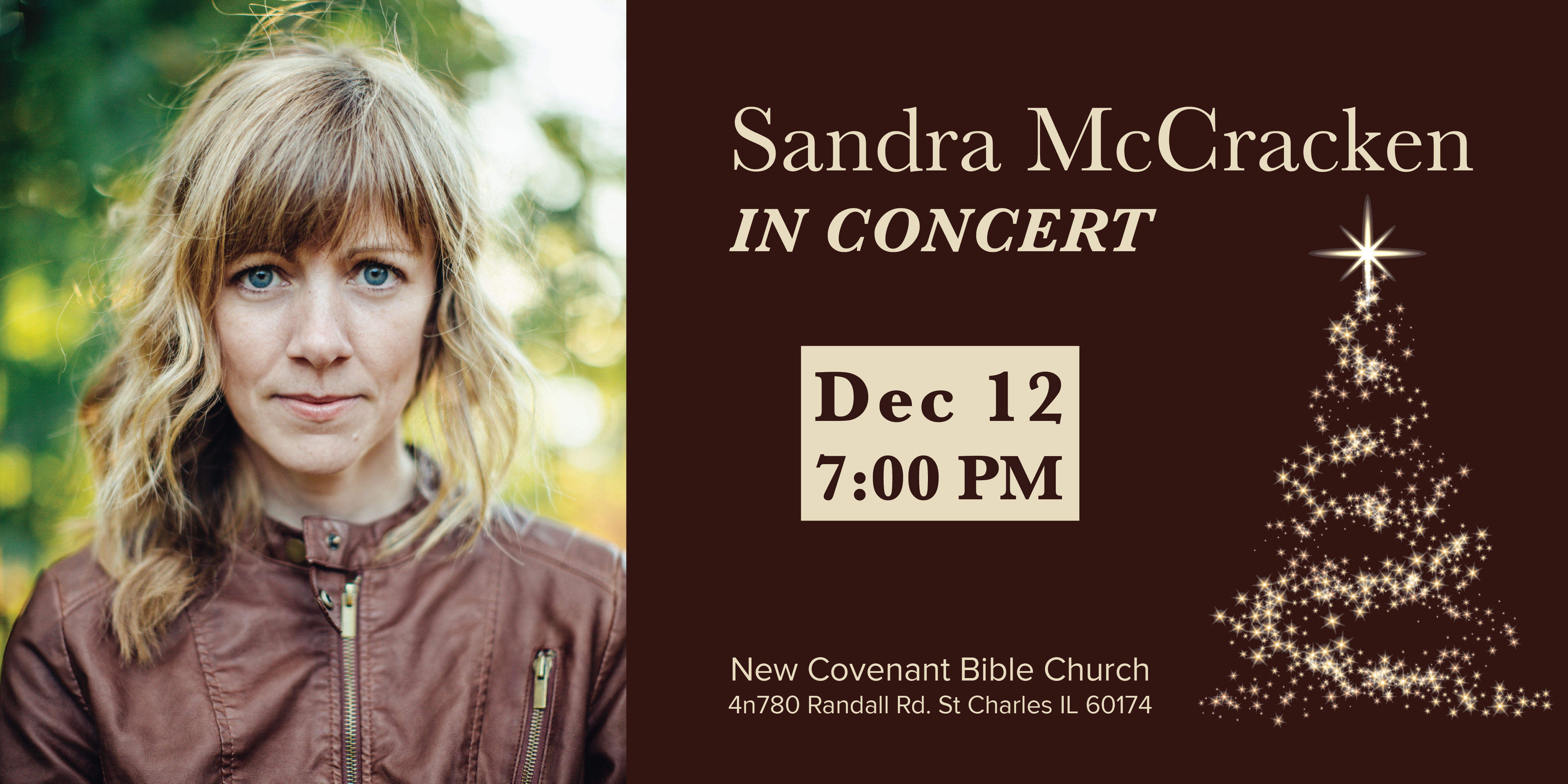 Sandra McCracken will be performing songs of the season as well as some of her new old hymns that have been sung in churches worldwide.

Tickets: Purchase online in advance for $13

Sandra is a prolific singer-songwriter and modern-day hymn writer whose songs like “We Will Feast In The House Of Zion,” "God’s Highway" and “Thy Mercy My God” have settled into regular rotation in churches internationally.  Her music has been featured by All Sons And Daughters, ABC’s Grey’s Anatomy, Audrey Assad, Indelible Grace, BiFrost Arts, Caedmon’s Call and others. She has also been a guest contributor for The Gospel Coalition, Christianity Today, She Reads Truth, Art House America Blog, Relevant Magazine and other publications. After releasing Steadfast Live, a live CD/DVD shot at Art House in Nashville, TN in 2017, Sandra released Songs From The Valley in early 2018. This album was written during the same season as the songs from Psalms and are narrative songs, companions to David’s comforting words. They are songs of friendship, sorrow and comfort. At home in Nashville, with her two young children chiming in, Sandra contributes to Rain For Roots, producing timeless, gospel folk-songs for God’s children of all ages.