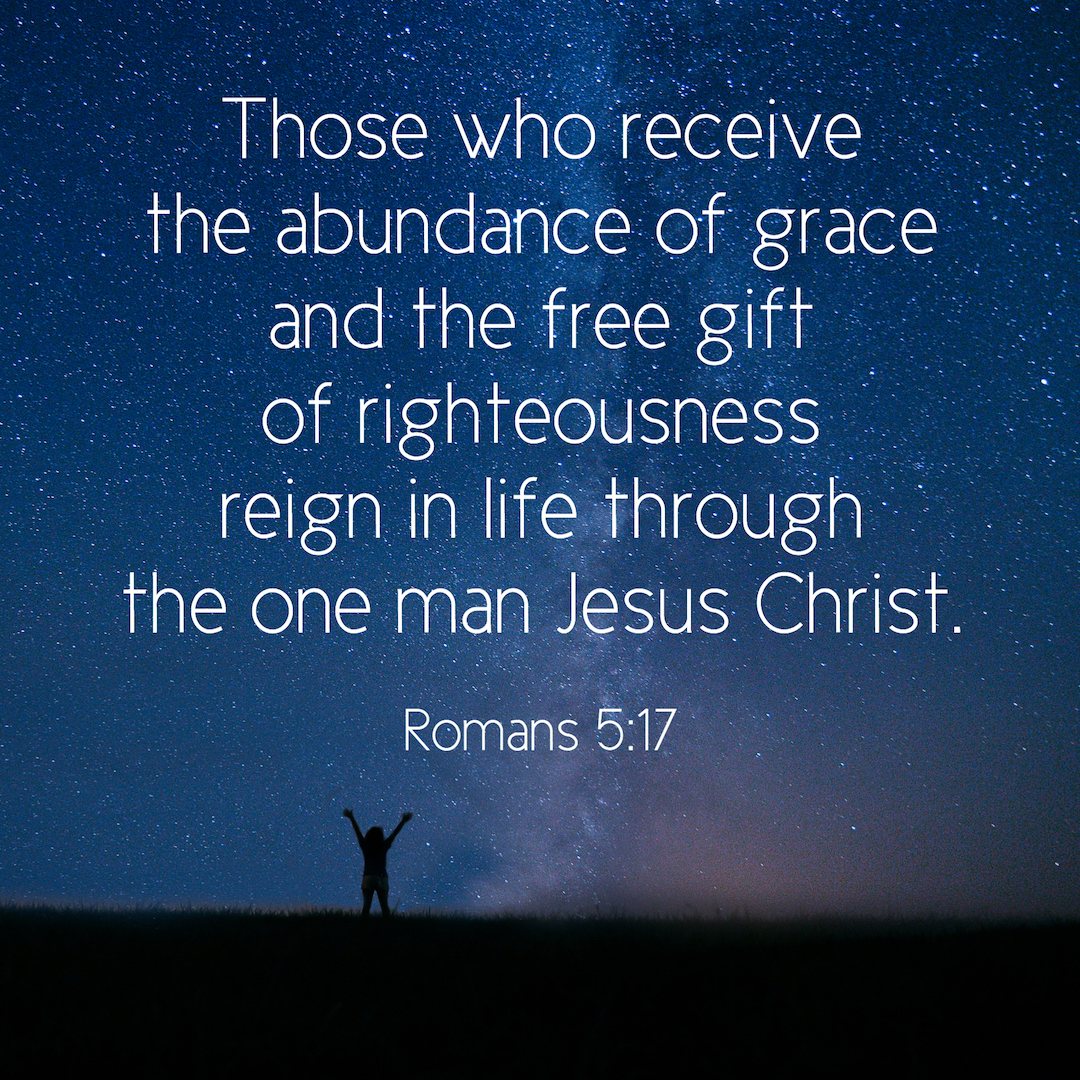 “The world thirsts for grace. When grace descends, the world falls silent before it.”
–Philip Yancey

The grotesque wreckage of one man’s sin, and the gracious revolution of one man’s act of righteousness | v. 15-19

How Adam and Christ are different

“Before, death reigned over us and we were in bondage. Now we are free. The old kingdom within which we labored crushed us, but we have not traded in one slavery for another one just like it. Rather, in the new kingdom of Christ we become kings ourselves! Christ’s kingship makes us kings, but sin’s kingship makes us slaves. The contrast is total.” –Tim Keller

“Christ is much more powerful to save than Adam was to destroy.”
–John Calvin

The law came in to increase the trespass | v. 19

“What’s lost is nothing to what’s found, and all the death that ever was, set next to life, would scarcely fill a cup.”
–Frederick Buechner, Godric

“Christ has come, bringing his life into the wreckage called us. He has opened up, even in these ruins, the frontier of a new world where grace reigns...He is not on a mission to help us improve our lives here. He is on a mission to create a new universe, where grace reigns in life . . . We don’t ‘apply this to our lives.’ It’s too big for that. But we worship him. And we boast in the hope of living forever with him in his new death-free world of grace.” —Ray Ortlund, Jr.

“All religions lead to God . . .
straight to his judgment seat.
Only one gives you a Savior.”
–Mark Dever

A New "Picture" Of Realm